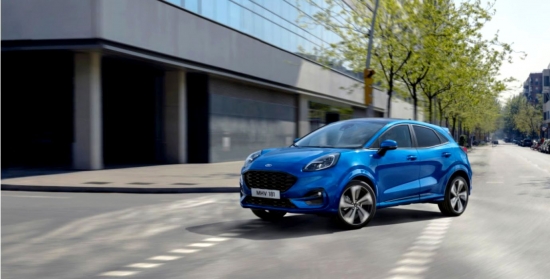 The Ford plant in Craiova started production of the 1.0-liter EcoBoost Hybrid engine, a version of the mild-hybrid.

Ford EcoBoost Hybrid technology optimizes efficiency at the fuel consumption level, providing a sharp response and high performance with a peak power of 155 HP. the Built-in starter / alternator with belt drive (BISG) replaces the classic alternator, allowing you to recover and store energy that is usually lost during braking and free running (coasting). In this way, the system charges a 48-volt air-cooled lithium-ion battery.

Offered in 125 HP and 155 HP variants, the intelligent self-regulating mild-hybrid system constantly monitors how the vehicle is used to determine when and to what extent to charge the battery and when to use the energy stored by the battery.

For the first time for a Ford model produced in Romania, the Puma also comes in the Vignale version, a line implemented so far on the Edge, Mondeo, Focus and Fiesta models, and is a premium line of the American manufacturer.  About 50 automotive component suppliers with manufacturing units in Romania supply components to the new Ford Puma SUV, produced by the American automaker in Craiova. Ford officials did not specify the current level of local integration for the Puma and EcoSport SUVs assembled in Craiova, but the Financial newspaper estimates that it is at least 30-40%.http://fiatforum.lv/http://fiatforum.lv/

Popular articles
Jaguar Land Rover is equipped with new technology
New Tesla scandal
Maserati is testing a new generation of electric drive
Will the new Fiat 500 model with a retro style be popular?
Unique design: Active suspension for the 1963 Oldsmobile Dynamic 88 with remote control
Volkswagen ID.4-what will it look like and when will it be ready?
The 1988 Porsche is for sale: the price is impressive
Bentley puts the famous model out of production