Under the exterior camouflage of the prototype, surprised by the photographers, you can note elements of the new, completely redesigned design of the future Nissan Juke. The changes were made directly based on the requirements of customers of segment b crossovers, the actual appearance and dynamic functionality and performance of the future Juke.

The Japanese promise that not only the design has been updated, but also dynamic behavior: the official release, although concise, speaks of "Agile road attire" and "excellent driving". By the way, terms describing juke's sportiness and agility abound. We are going to speak out on this issue after we head up the future model. 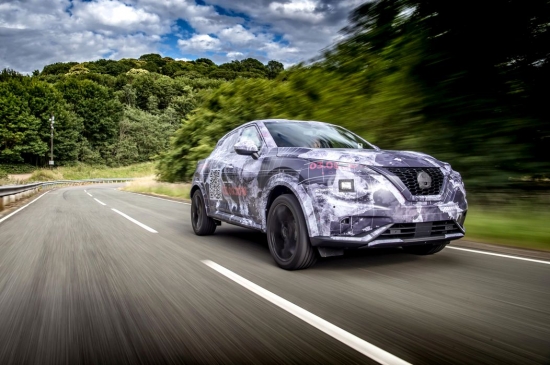 Nissan Juke will offer, as expected, the latest assistive technologies, including the new ProPilot system, recently updated for Qashqai and Leaf. It uses a combination of ultrasonic sensors, radars, and video cameras to enable driving on the highway without hands on the steering wheel. The platform on which the upcoming Juke will be implemented is known as the CMF-B of the Renault-Nissan Alliance, so we expect a number of engines that include three-and four-cylinder models with power from 100 HP to 200 HP. the Future model will debut on September 3, and sales will begin before the end of the year.http://fiatforum.lv/http://fiatforum.lv/

Popular articles
Aston Martin Vulcan: 811 horsepower
The new Chevrolet Corvette C8 model was left without wheels before it went on sale
Volkswagen ID.4-what will it look like and when will it be ready?
Ford launches new engine into production
Ferari Monza: what makes this concept unique
Zenvo is preparing a rival for the Ferrari FXX K, McLaren P1 GTR and Aston Martin Vulcan
The most expensive Mustang was sold at auction
Aston Martin Vulcan, the most impressive supercar produced in England